It was the greatest theft, coupled with the most elaborate deception and highly-wrought intrigue, ever orchestrated in the history of mankind.

The ripple effects of its Machiavellian nature are still being felt to this day.

In the 1900s, Ashkenazi and European Zionist Jews, under the same pretext as that used by the so called Zionist “Christian” Crusaders of the Middle Ages, flooded into Palestine, armed with terror and violence, and backed by the imperial might of Britain.

Many political analysts and historians of that time saw the Jewish invasion of Palestine as a British imperial project, this time using Zionist Jews as cannon fodder, much like Zionist “Christians” were used when the Crusaders’ goal was to plunder the area and control the Mediterranean for European powers.

Now the British empire wanted a beachhead to maintain the Middle East divided and in constant turmoil, so as to conquer and control the Arabs who control the oil, while keeping their own hands on the wells’ spigots.

It was a mutually beneficial arrangement.

The Empire got an outpost, and the Ashkenazim – who lost their country, Khazaria, and were searching for a new land – were handed Palestine, which in 1948 they renamed Israel in order to reinvent themselves as Hebrews and hoodwink gullible Christians in the West.

However, countless Palestinians were massacred, with a great many dispossessed of their land. The majority of those who still inhabit the country are segregated, while millions more are currently refugees in neighboring Arab countries, waiting to go back to their stolen homes.

MODERN-DAY ISRAEL IS NOT THE ISRAEL OF THE BIBLE

“It is certain that there is no ethnic or racial continuum between the Biblical Israelites and the (Ashkenazic) Khazarians who lead the Jewish state.” – Gilad Atzmon, Jewish writer and musician.

Those who today are known as Jews – the converted Ashkenazim, Sephardim, Samaritans, Europeans, Africans, etc. – are not of the seed of Jacob/Israel, and evidently not of the Semitic lineage of the 12 Hebrew tribes with whom God had the Old Covenant. 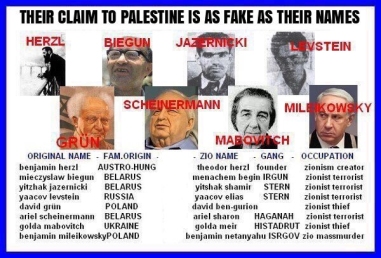 Hence, they are not the Chosen People – especially when all Hebrews are irrevocably dead. They are just converts to Judaism/Pharisaism, and consequently neither the descendants of Abraham nor the inheritors of Old Testament promises.

Zionist Jews, who claim that Palestine belongs to them, are simply barefaced impostors and liars pretending to be Hebrews in order to steal Arab lands. They can’t possibly contend that Palestine, which they have stolen under biblical pretense, is their Abrahamic inheritance.

In a just court of law their self-ascribed right to hold on to the land would be thrown out, even after most countries of the world were bribed and bullied by Britain and the US to shamelessly recommend the partition of Palestine at the United Nations in 1947; though the resolution of said recommendation was non-binding and never implemented by the Security Council.

To further mask their larceny, the Jews repudiated their Yiddish dialect and resurrected the dead Hebrew tongue after centuries in the dustbin of oblivion in order to make it modern Israel’s official language. Such barefaced deception did not, cannot, and will not change their non-Hebraic origin, much like parking a Subaru in a Lamborghini dealership won’t turn it into a Veneno Roadster.

In addition, most Jews follow the man-inspired Talmud, full of Babylonian superstitions, and not the God-inspired Old Testament where God’s promises and commandments are recorded. Only Torah Jews follow the Old Testament’s Pentateuch, and they believe that Jews should not be occupying Palestine. They recognize only the current Palestinian government.

If one is dead set on applying ancestry and racial stock as to who should inherit the land of Palestine, then the Arabs clearly win – the Palestinian Arabs to be more precise. For Arabs,  including cultural Arabs such as Chaldeans, Assyrians, Aramaics, Phoenicians, and Syriacs, are the only living bloodline descendants of Abraham and the only true Semites, not converted Jews. And the Palestinian Arabs have inhabited the land for close to 2000 years.

Ironically, Judea and Samaria of the Bible (i.e., the Kingdoms of Judah and Israel) are today mostly inside the West Bank of Palestine (aptly named Judea and Samaria even by thieving, murdering Zionists) and not inside Modern Israel.

Israel stops at nothing to hold on to a land they have no business holding on to. They bomb and kill and maim, while their shills in the western media lie, distort the truth, and at times invent wholesale “facts on the ground.” 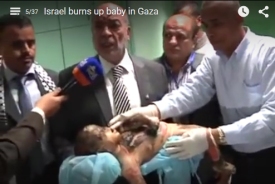 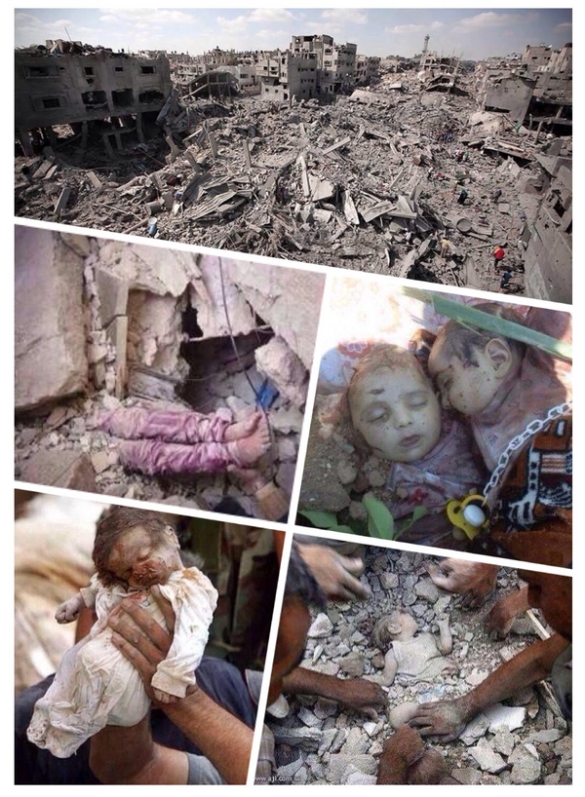 Zionist Jews are nothing but shameless thieves, murderers, impostors, racist oppressors, and liars. But the greatest shame is that many so-called “Christians,” along with the great western powers, constantly side with them.

“He who justifies the wicked and he who condemns the righteous are both alike an abomination to the Lord.” Proverbs 17: 15

To make matters worse, America itself has become the de facto patron of that genocidal Apartheid state to the tunes of billions of dollars a year. Money that is plundered out of America’s coffers in order for Israel to oppress another people, while millions of Americans go hungry, jobless, and homeless.

ISRAEL: SCOURGE OF THE WORLD

In stealing Palestine, the Zionists didn’t just hurt the Palestinian people, they scarred the world as well, are scarring it now, and will probably continue to do so until the world puts an end to it.

World War 1: Britain was losing the war against Germany. The Zionists stepped in and bribed President Wilson to get the US into the war to help them. In return, the Jews asked the British Empire to deed them Palestine to create Israel. Their wish was granted in the form of the Balfour Declaration of 1917, which cost the world 18 million dead.

During that same period, the Jewish Bolsheviks, who took over the Russian government in the 1910s, killed 66 million Christians, including 200,000 members of the Christian clergy, and destroyed 40,000 churches.

World War 2: The Zionists fomented that war (just like they’re doing today with Iran and other countries in the Middle East), so that European Jews could feel threatened. The deception worked as European Jews fled in droves to Palestine and took over the homes of Palestinians, who were evicted at gunpoint and then either massacred or driven out of their land into neighboring Arab countries. With enough Jews on the ground, Israel was created in 1948 at a cost of 80 million dead.

World War On Terror: Jewish neocons, in cahoots with their bought-and-paid-for politicians in the US government, perpetrated their act of terrorism on 9/11. Then they conveniently blamed it on Muslims so as to obtain a green light to destroy the Middle East using the armies of the US and NATO and the terrorist groups they finance, with the ultimate view to creating Greater Israel. So far, the death toll is 27 million, including Christians.

World War 3: With Russia protecting Syria and Iran from Israel’s Machiavellian design, will the Zionists succeed in bringing the world once again to the brink of disaster to create Greater Israel? If they do, will it instead bring about their downfall?

As befitting the deceivers and murderers that they are, the Zionist VICTIMIZERS of the world shamelessly camouflage themselves as VICTIMS, with Israel, their monstrous spawn, carrying on their blood-filled legacy. Indeed, apartheid Israel is a scourge, a cancer that needs to be dealt with.

We’ll let God Himself pen it:

“Your tongue plots destruction, like a sharp razor, you worker of deceit.” Psalm 52:2

Appeal: Every conscientious individual should implement a personal boycott of Israel and everything made there.